UNIFY GATHERING invite you to kick back and take in acoustic renditions of your favourite tracks from some of Australia’s best heavy musicians at Maton Sunday Sessions.

Back for round three in 2019, Maton Sunday Sessions will round off a stacked weekend of killer sets and moshpit moments with unplugged and stripped-back sounds from the festival’s massive lineup. Kick off UNIFY Gathering’s final day with a coffee (or Bloody Mary) in hand as the guitars start strumming from 10am right through until 1pm on Sunday.

Soundtracking your Sunday at UNIFY Gathering 2019 are….

Leading the charge this year are Little Brother, the acoustic project from John Floreani of Trophy Eyes. He released his heartfelt and incredibly raw debut EP ‘Terrace’ in late 2014 to an overwhelming reaction from fans, and his emotionally relatable and moving music videos went on to amass hundreds of thousands of views online. 2016 saw the release of new single ‘Cleveland, OH’ via Hopeless Records (USA) to Floreani’s rapidly growing audience. With new music coming soon, expect to hear old classics alongside fresh tracks at UNIFY.

Sydney’s Endless Heights have found pure catharsis within their sophomore album ‘Vicious Pleasure’. “To me this record is about a new chapter in my life.” explains vocalist Joel Martorana “Where a lot of our music in the past was putting blame on others (rightly so), this record is about how I’ve taken a step back and taken a huge look in the mirror… A lot of the album alludes to giving in to immediate satisfaction rather than long term peace or wisdom.” The band will take that catharsis from the studio to the UNIFY stage, backing up their Saturday set with acoustic renditions from their impressive catalogue.

Sydney’s female-fronted Stand Atlantic come to Tarwin Lower for the first time in 2019. Upon releasing their critically acclaimed EP “Sidewinder” and their subsequent signing to Rude Records the band went on to receive international attention, before announcing they would be hitting the road with New Found Glory in 2017.  Prepare to be relentlessly moved when they hit the stage, as they unleash new tracks in acoustic form from their recently released album ‘Skinny Dipping’.

2018 has been a year of esoteric growth and transformation for Far Away Stables.When the release of their debut album ‘Between Rage And Serenity’ was followed by the departure of three members, Brendan Sheargold (vocals) and Mitchell Grace (guitar) were left uncertain of the future. Now, with the addition of new members and the groups coalesced passion to create and share music, Far Away Stables are free to explore a sound that feels true and honest. New single ‘Give It Back’ is their first expression of this rebirth, witness it for yourself at UNIFY!

Formed in 2016, Yours Truly worked tirelessly on gaining a loyal and respected following across Australia, their relentless work ethic earned them a slot opening for Instereo playing to sold out crowds in Melbourne, Sydney and Brisbane that year. The band self-released their debut EP ‘Too Late For Apologies’ in March of 2017 which received immediate acclaim, pushing them to the forefront of the Australian scene. After their debut single ‘Winter’ was added to Spotify’s ‘Pop Punk’s Not Dead’ playlist, and their track ‘Strangers’ was added to rotation on Triple J, they released ‘High Hopes’, in January 2018 through YouTube’s Dreambound, racking up an impressive 160,000+ views in its first 2 weeks! Experience them in acoustic style when they hit Tarwin Lower in January! 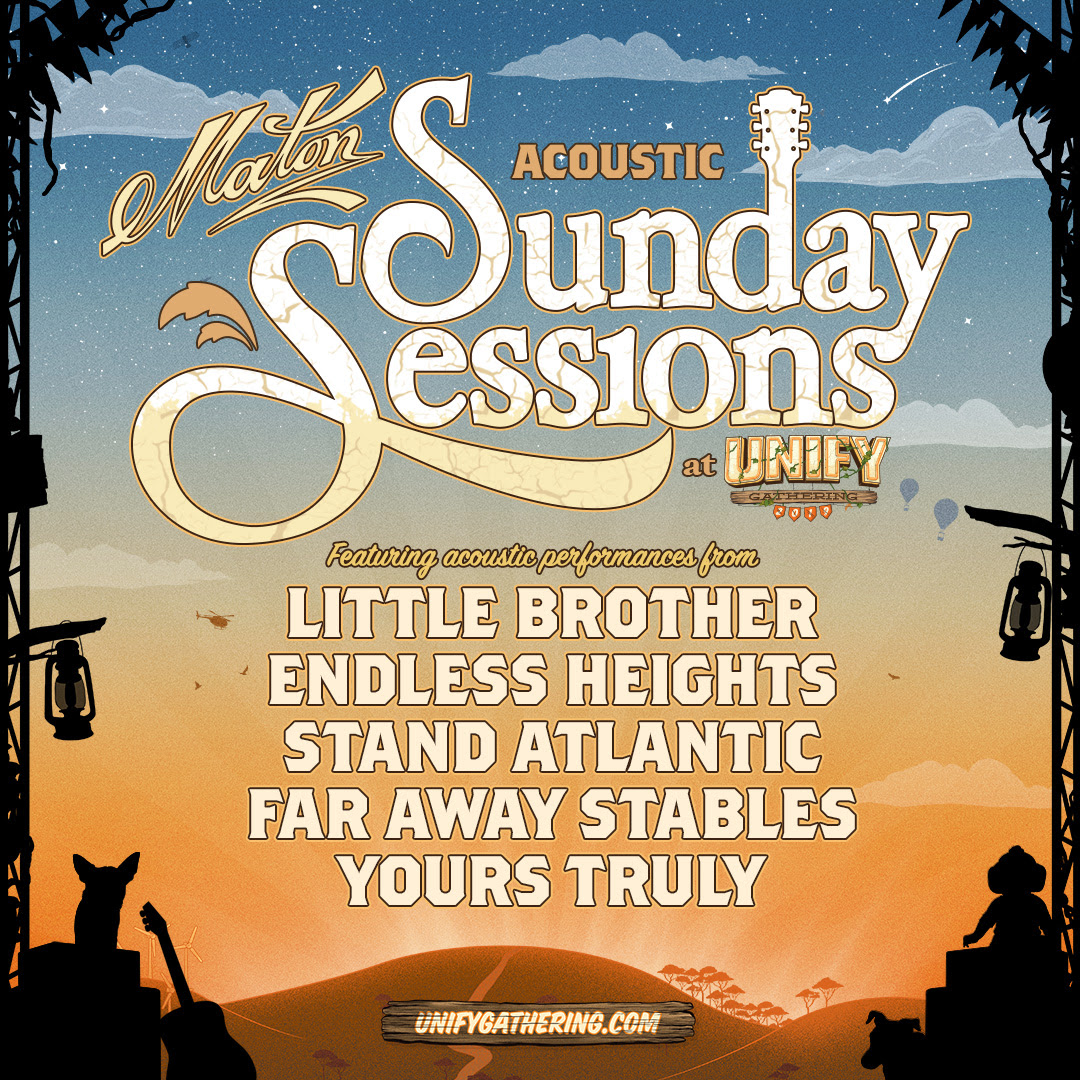 UNIFY have teamed up with their friends at MATON Guitars, Australia’s iconic acoustic guitar manufacturer, to present Maton Sunday Sessions. Maton have been producing the highest quality guitars in Australia since the 1940s and its great to have them supporting the scene by being part of UNIFY GATHERING again in 2019.

Some of UNIFY’s tastiest food and coffee vendors will be up and running to keep you fuelled until it’s time to hit the road. And if it’s liquid courage that you need to get you through, there will be drink specials at the bar for those of you riding shotgun on the way home.

This instalment of Australia’s only heavy music camping festival will take place over two nights from January 11 to 13 at a brand-new site at Tarwin Meadows, in the wonderfully green pastures of Tarwin Lower in South Gippsland, Victoria, where the festival has called home since the beginning.

The new home of UNIFY is set across sprawling farm land with bush on one side and stunning views of the hills on the other. Surrounded by lush greenery, the festival site is only a 15-minute drive from the pristine blue ocean in neighbouring Venus Bay.

UNIFY Gathering is a proud supporter of YOUR CHOICE –  a music industry supported campaign initiated to address the growing cultural issues around behaviour and lack of personal accountability within Australian venues and event spaces. For more information, head to your-choice.net.au.

WHAT: The 5th Annual Women Who Rock Benefit Concert, Presented by Gibson is coming this Sunday, May 22 to The Novo in downtownRead More

One of the UK’s most enduring and best-loved bands THE CHARLATANS return to Australia for their 30th 32nd anniversary tour.Read More